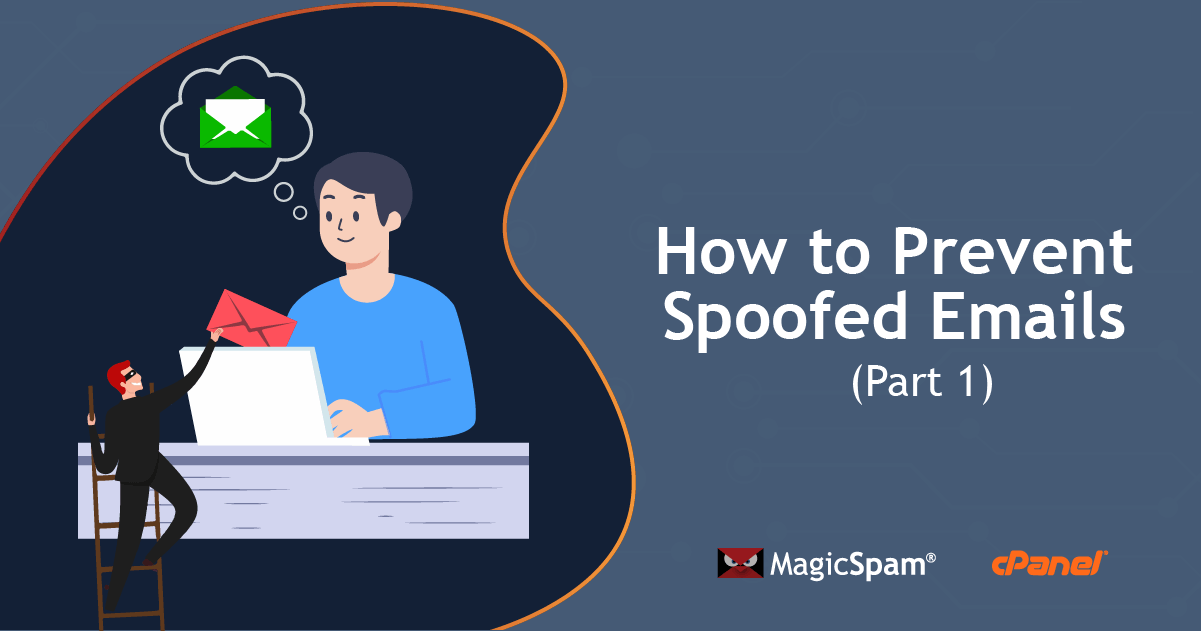 Read on to learn more about Spoofed Emails.

What are Spoofed Emails?

Spoofed Emails are a type of email threat where threat actors send emails that have been manipulated with forged information to seem as if it originated from a trusted source. By presenting themselves as a trusted authority figure, this email threat circumvents your natural skepticism leaving you more vulnerable against deception. Imagine someone wearing a fancy white doctor coat and someone wearing socks with flip-flops asking you to buy medicine — one is definitely more convincing than the other.

Threat actors combine other threat techniques alongside email spoofing to deceive you into doing something that you would otherwise not have done such as:

Businesses without a comprehensive protection strategy against Spoofed Emails are at a higher risk of financial damage. Just look at the most recent FBI Internet Crime Report where spoofing was directly responsible for $669,162,215 USD of global damages between 2018 and 2021. Not to mention the risk of reputation damage which can be absolutely devastating to a business.

There are two main pieces of sender information that threat actors can forge within email: the (1) MAIL FROM and (2) From Header.

The MAIL FROM is a command used to identify the sender of the email as part of the Simple Mail Transfer Protocol (SMTP). Compared to physical letters, the MAIL FROM can be thought as the Return Address on the envelope which is the reason that this address is also known as the Envelope From address and has an equivalent email header called the
Return-Path header.

The From Header is an email header used to identify the sender of the email body and consists of the From Name and From Address. Compared to physical letters, the From Header can be thought as the sign-off at the bottom of the letter.

The sender information in the From Header is immediately viewable from the email client, so threat actors frequently forge this information to deceive email users. It’s typical for threat actors to forge the information of well-known public entities like governments, banks, and businesses (even your own) that anyone in the World is likely to know and engage with on a regular basis.

Spoofed Emails as seen from the Email Client

Let’s look at an example of a spoofed email as seen through the default Roundcube Webmail Client on cPanel. This particular spoofed email forges PayPal sender information in order to deceive recipients to input their credentials into a fake website.

Notice how the PayPal company name is immediately viewable — that is the spoofed From Name of the From Header. Threat actors can be very successful especially when the spoofed company is one that the recipient deals with on a regular basis.

In this case, the threat actor also spoofed the From Address with an official PayPal address. Just based on this information, recipients may not be able to identify whether this is a spoofed email.

Fortunately the Roundcube Webmail Client makes it easy to view this information only requiring a single click of the “Headers” button. It typically takes more steps with other email clients requiring that you open the “More Action” menu and click on the “View Source” button.

Don’t forget that the Return-Path header is equivalent to the MAIL FROM. Once again, the threat actor spoofed the sender information in the MAIL FROM with an official PayPal address. At this point, the recipient has looked at all the typical places for spoofed sender information but nothing stands out as being suspicious. It looks like a PayPal email sent by PayPal themselves.

However, the more astute of recipients will notice the Received header and how the hostname associated with the connecting email server does not appear to be from PayPal. AHA — finally an indicator that this email isn’t what it seems to be.

While the ability for recipients to identify spoofed emails themselves is valuable, it should not be the preferred method. For one, the identification process can be error prone especially when trying to read and understand the email headers. Another drawback is that this process takes a lot of unnecessary effort — time spent on this should have been spent on other more valuable tasks.

As responsible email administrators, we need to demand better solutions and rely more on technology rather than human behavior to identify spoofed emails. Hence, it’s better to stop spoofed email from even getting delivered in the first place — less errors, less effort, and ultimately less risk.

Check out the second part of this article to see how we can prevent spoofed emails with cPanel built-in protection.