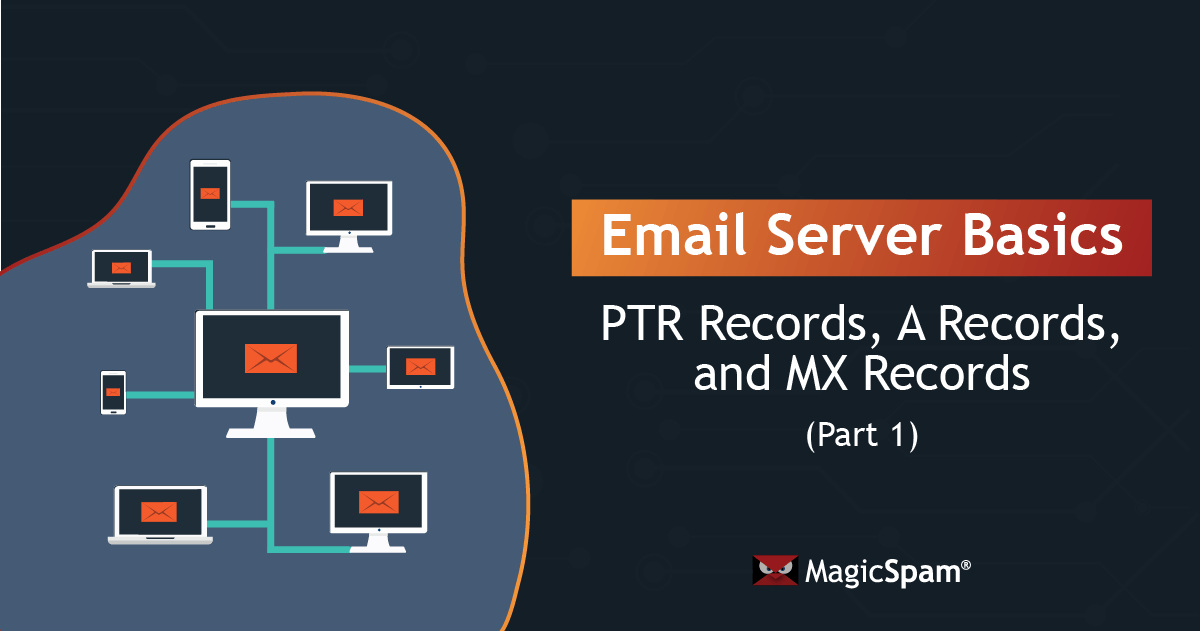 Internet Protocol (IP) addresses allow us a way to connect to other devices on the internet. For example, the ‘device’ behind a particular IP address could be an Email Server. Email Servers are usually servers that can send, receive, and store email. To represent your device properly on the internet as an Email Server, you’ll need to know about PTR records, A records, and MX records.

What is a PTR record

A PTR record refers to the domain name that is associated with an IP address. Performing a reverse DNS lookup on an IP address will provide you with its domain name, also known as a PTR, hostname, or reverse DNS record. The PTR record is normally used to identify whether an IP is associated with a particular network, someone’s computer, or other objects on the internet like websites and Email Servers.

Best Practices for Email Operators say that the domain (your_domain.tld) used in the PTR record SHOULD be associated with an URL, e.g. your company website. If your website (http://your_domain.tld) doesn’t come up then you should fix that or adjust your PTR record.

What is an A record

‘A’ records refer to the IP address (specifically IPv4) that is associated with a domain. Performing a forward DNS lookup on a domain will provide you with a corresponding IPv4 address, also known as an ‘A’ record or forward DNS record. The A record of a domain provides information on where to locate the device that handles communication for that domain.

When it comes to Email Servers, the domain name used when sending an email (such as the one found in the PTR record, or email address) should have an A record that resolves to the IP address of your Email Server.

In other words, if a forward DNS lookup is performed on your Email Server’s PTR record

it should result in the IP address of your Email Server.

A records and PTR records are Distinct

This is a perfectly normal occurrence.

When the PTR record and an A record matches, this configuration is referred to as Forward Confirmed Reverse DNS (FCrDNS). FCrDNS is achieved when:

While FCrDNS is not strictly required, it may negatively impact your email deliverability to certain mail operators when it isn’t in place. Also, be aware that some spam protection systems may have trouble determining whether FCrDNS was achieved when there are multiple PTR records associated with the Email Server’s IP.

What is an MX record

The next article will explain how these DNS records affect an Email Server’s ability to deliver and receive email.